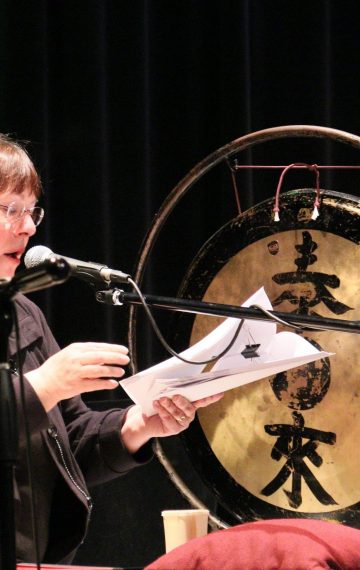 Books and Bypass, Death and Taxes in Pequot Lakes

Pequot Lakes is a little tourist town along Highway 371 north of Brainerd in central Minnesota. When we visited, Pequot Lakes was in the midst of a major highway project that would send traffic along the edge of town rather than right through it. Folks were charged up, so we brought the full show treatment.

Our adventures for this program included a peek inside the bizarre world of highway bypass planners, an introduction to a squad of elite librarians: Librarian Team Six, some free tax advice worth every penny, and a climb up Pequot Lakes’ tallest structure — the TDS communication tower — to change a light bulb.

All that and new audio essays about Modern Life in Northern Minnesota by producer, writer and host Aaron Brown, including an impassioned declaration that there are some things a highway can’t bypass.

The April 9, 2016 program aired live on 91.7 FM KAXE Grand Rapids, Aitkin and the Iron Range, 90.5 KBXE Bagley and Bemidji, 89.9 Brainerd and 103.9 in Ely. The show was also rebroadcast on independent public radio stations throughout Minnesota and distributed as a live stream and podcast.