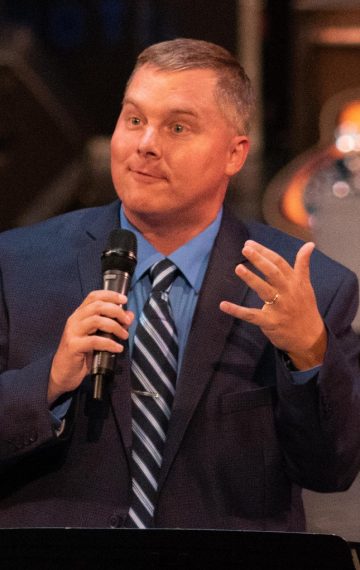 The Great Northern Radio Show broadcasts from the Reif Center in Grand Rapids for its annual summer show. In the first hour of a June 23, 2018 double feature, the show explores the idea of nostalgia, that fuzzy feeling you have about a past that can’t possibly be as good as you remember it.

Host Aaron Brown explains how nostalgia is greatly influenced by whether or not anyone dies, telling his hilarious story of almost drowning. He also digs into the powerful lyrical genius of Vanilla Ice.

The Great Northern Radio Players take us on an 1890 steamboat journey up the Mississippi River, showing that family road trip memories weren’t always so easy to make. Historical interpreters at a museum try to make the most of local history’s darker moments. A strange cartoon show called “Pokegama Go” seems to have used local references to harness Pokemon nostalgia.

Childhood friends Tasha Connelly and Tiffiney Bartz talk about growing up in Grand Rapids and both moving back to make a difference in their communities.

Musical guests included the Holy Hootenanners, a massive gospel folk band out of Mahtowa, Minnesota, with a big, fun sound. The show also welcomed the Don’t Tell Darlings, a harmonizing Americana act that started in the state of Virginia, but found its way to Minnesota for this show.

This program features the music of the Great Northern Radio Show’s all star house band Katie and the Nostalgics, led by Katie Houg on piano and vocals and featuring Aaron Schnackenberg on bass, Doug Quance on drums, and Eric Carlson on guitar and vocals.

This episode was written and produced by Aaron Brown. Production by Sarah Bignall with assistance from Tammy Bobrowsky. Jennifer Poenix served as stage manager. Audio engineering by Dan Houg and Chad Haatvedt with help from John Miller at the Reif Center.

This June 23, 2018 program aired live on 91.7 FM KAXE Grand Rapids, Aitkin and the Iron Range, 90.5 KBXE Bagley and Bemidji, 89.9 Brainerd and 103.9 in Ely. The show is also rebroadcast on independent public radio stations throughout Minnesota and distributed as a live stream and podcast.