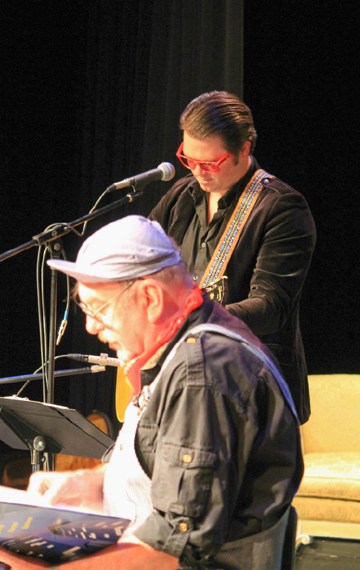 Our adventures in this show took us on a midnight ride of the “Fate Train,” a time-traveling engine that rumbled through the history of Brainerd. Meanwhile, a disembodied voice taught us how to survive the onslaught of summer bugs in Northern Minnesota.

All that and new audio essays about Modern Life in Northern Minnesota by producer, writer and host Aaron Brown, including the tale of the time everyone in his rural township rushed to his house to talk about something that happened to his groin.

This June 16, 2012 program aired live on 91.7 FM KAXE Grand Rapids, Aitkin and the Iron Range, 90.5 KBXE Bagley and Bemidji, 89.9 Brainerd and 103.9 in Ely. The show was also rebroadcast on independent public radio stations throughout Minnesota and distributed as a live stream and podcast.