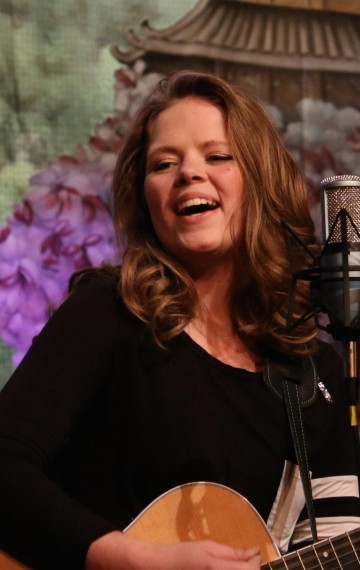 The leaves change. The air cools. Students of all ages, from wide-eyed kindergartners to hipster college sophomores, head back to school. So, too, does the Great Northern Radio Show.

On Saturday, Sept. 19, 2015 we became the big show on campus with our season premiere at Bemidji State  University. We revved up the Bangsberg Theater with the sounds of American Scarecrows, Corey Medina and his band, Red Lake hip hop act Thomas X, and local youth folkster Berit Dybing.

The Sept. 19 program aired live on 90.5 KBXE Bagley and Bemidji, 91.7 FM KAXE in Grand Rapids, Aitkin and the Iron Range, 89.9 FM Brainerd and 103.9 FM in Ely. The show was also rebroadcast on independent public radio stations throughout Minnesota and distributed as a live stream and podcast.