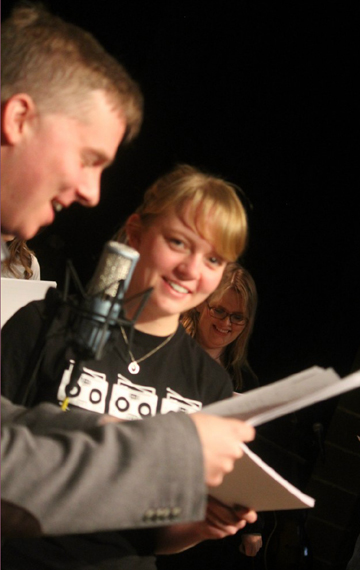 ‘On the Highline’ in Bagley

Our adventures included a visit from everyone’s favorite truck driver and hoist operator, Derry Brod, highlighting the importance of Highway 2 to truckers. Two cool young people enjoyed a Minnesota spring break at a mom-and-pop hotel. The voices of KAXE and KBXE spoof some of their most popular programs, which includes the debut of Aaron Brown’s centaur character. The Governor sent two researchers out to determine what is going on with the moose population, where they meet a matronly moose obsessed with making fun of deer.

The special guest for this show was Tamera Edevold of the Clearwater County Historical Society.

This March 9, 2013 program aired live on 91.7 FM KAXE Grand Rapids, Aitkin and the Iron Range, 90.5 KBXE Bagley and Bemidji, 89.9 Brainerd and 103.9 in Ely. The show was also rebroadcast on independent public radio stations throughout Minnesota and distributed as a live stream and podcast.